In an interview earlier this week with Florida's Sun-Sentinel, Congressman Allen West insisted homosexuality is a behavior and compared it to choosing an ice cream flavor or riding a scooter. 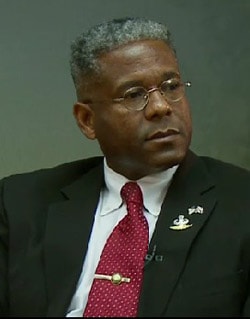 "You cannot compare me and my race to a behavior. Sexuality is a behavior. I cannot change my color. People can change their sexual behavior. I've seen people do that. I grew up in Atlanta, Georgia. So Ive seen a very different perspective on human behaviors. That's where I'm coming from with that. Everyone has the same basic rights. And no one is telling people in the gay community that they don't have the same basic rights that anyone in America has."

When asked if he thinks gay people should change their behavior, West responded:

Yesterday, after being condemned by Rep. Lois Frankel for the remarks, West insisted they were taken out of context, and defended them, adding an attack on the repeal of "Dont' Ask, Don't Tell".

Previous Post: « The John Stamos Guide to Cuddling: VIDEO
Next Post: Pastor Wants to Hang ‘Bloody Scalps’ of Pro-Equality NY GOP Senators ‘Over the Senate Rail’ as Warning to Others »