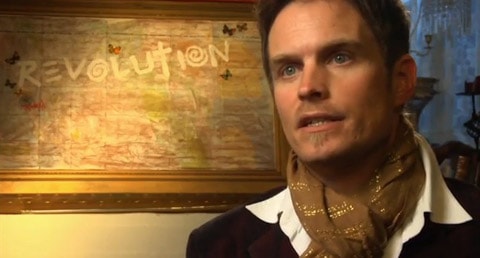 Back in 2010 I posted a video of "ex-gay" Adam Hood, a man who allegedly dumped his homosexuality (but not his gold ascot) after an encounter with God in SF's Castro District. 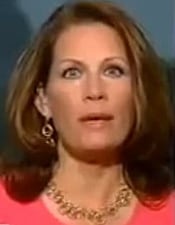 When Bachmann and her husband returned to their seats, Mullen began a half-hour presentation on his church's beliefs. Reading verses from the Bible to support his case, Mullen said, "We inherently know that homosexual behavior is immoral and unnatural."

“God shows his anger from heaven against all sinful, wicked people, who suppress the truth by their wickedness,” Mullen said, reading from the book of Romans.

Mullen’s sermon concluded with video testimonial from a man named Adam Hood, who claims to have been gay before experiencing a conversation with God. "I am so happy God has given me natural affection for a woman," Hood said in the video, adding that his wife is nine months pregnant.

"We need to have compassion for people that are bound by that sin," Hood added. "And it is a sin. Call a spade a spade."