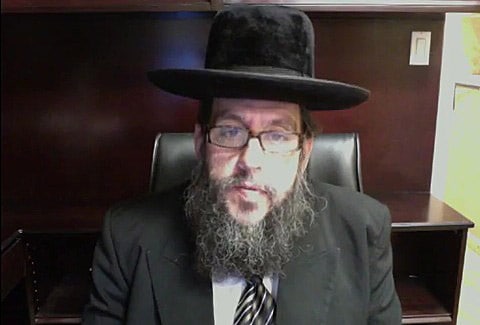 Rabbi Yehuda Levin, an ally of the National Organization for Marriage who last month blamed the murder of an 8-year-old Brooklyn boy on the passage of marriage equality in NY, has posted a new video in which he claims yesterday's earthquake on the east coast was because God is angry about homosexuality.

Says Levin: "We saw today an earthquake. The Jerusalem Talmud tells us that one of the reasons that God brings earthquakes to the world is because of the transgressions of homosexuality. The Talmud states, 'You have shaken your male member in a place where it doesn't belong. I too, will shake the earth.'"