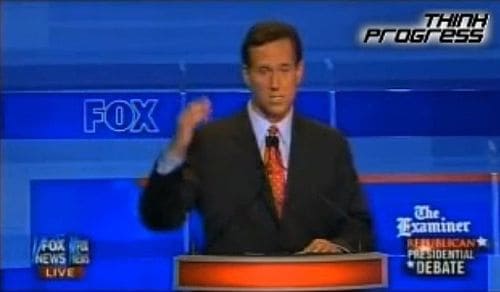 Rick Santorum has compared same-sex marriage to sex with animals, has said that it's "common sense" to keep gays from marrying and adopting children, wants to reinstate the ban on gays in the military, and has said that gays shouldn't have the "privilege of government benefits" offered to heterosexual couples.

Yet Santorum had the gall to say, during last night's GOP debate: