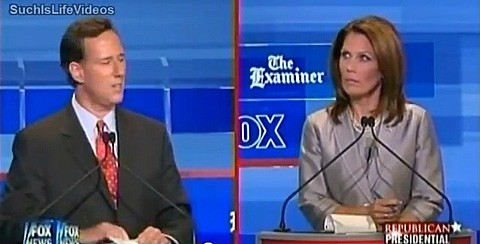 Santorum then went on to attack several of his other fellow candidates and their positions on states' rights.