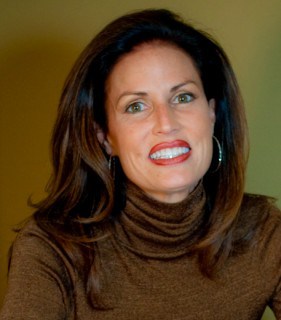 Penny Young Nance, the head of Concerned Women for America, does not spell out exactly what santorum means in her column this weekend for Fox News. But she does say that Google has "defaced" and "smeared" Rick Santorum with its "bloodied" hands, which is more than vivid enough.

Nance argues that Google is a monopoly, that it's biased toward liberals, and that it's allowing Santorum to be "bullied."

Former Senator Rick Santorum (R-Penn.) is the father of seven children, a devout Catholic, and current GOP presidential candidate.  But when someone types his name into the Google search box, the very first result that appears is a website detailing a sex act “by-product” named after the senator.  In fact, the Senator’s own website is the fourth result.

Nance doesn't say so, but Dan Savage's santorum-defining website is the second result on Yahoo and Bing. And the Chinese search engine, Baidu, lists Savage's website in front of Santorum's campaign page. So the problem isn't limited to Google, and it isn't the result of bias – unless you think Baidu has it out for Rick Santorum too.

Sen. Santorum said that he suspects “if something was up there like that about Joe Biden, they’d get rid of it. … To have a business allow that type of filth to be purveyed through their website or through their system is something that they say they can’t handle, but I suspect that’s not true.” I tend to agree with the senator.

If Google is biased, why did it defuse the Google bomb that made George W. Bush's campaign website come up on a search for "miserable failure"? Google defended a Republican.

But then the question becomes: why does Google defuse the Bush bomb but leave Santorum to stew in his own juices? The answer is that the anti-Santorum campaign isn't technically a Google bomb. It didn't become the first result through artificial linking so much as through bona fide popularity. This website explains it better than I can.

Then there's her final argument:

Google needs to do the right thing as a company and deliver what is best for the consumer when they type in “Santorum.”  If someone wants another result, they can ask for it; but no one searching on the senator’s name should be subjected to the hatred and hypocritical bullying of Dan Savage and a left-leaning company who refuses to correct an injustice.

Actually, Nance, if you don't like the search results, you can change them. Just set the Google SafeSearch setting to "strict," and your eyes will be spared santorum.

But that wouldn't be good enough for Nance, because she wants the search results censored according to  "consumer" (read: her) sensibilities. Yet Santorum's own campaign adviser put it best when he said Savage is simply engaged in free speech protected by the First Amendment.

Finally, Nance, the campaign against Santorum is not bullying. He's a big boy. He's a presidential candidate in the public eye. He's not a gay student on the playground. And he chose to compare gays with donkey-lovers and said their behavior should be criminalized. And he said this to the whole nation. He had it coming to him, so to speak.