The Log Cabin Republicans are continuing their case against "Don't Ask, Don't Tell" today despite the fact that the ban on gays in the military is set to be fully repealed on September 20, the AP reports: 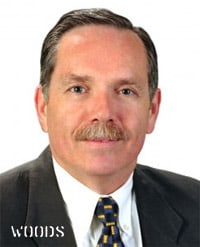 With several Republican presidential candidates, including Rep. Michele Bachmann, indicating they would favor reinstating the ban if elected, such a ruling is needed, said Dan Woods, the attorney for the Log Cabin Republicans. Declaring the law unconstitutional would also provide a legal path for thousands discharged under the policy to seek reinstatement, back pay or other compensation for having their careers cut short, Woods said.

“The repeal of ‘don’t ask, don’t tell’ doesn’t say anything about the future,” Woods said. “It doesn’t (explicitly) say homosexuals can serve. A new Congress or new president could come back and reinstitute it. We need our case to survive so there is a constraint on the government to prevent it from doing this again.”

"It is mind-boggling that throughout this case, the Obama administration has said repeatedly that it favors open military service, yet it has fought us every step of the way and is now appealing the court's judgment in our client's favor. The federal government should be working with us, not against us. On top of that is the government's claim that once repeal of Don't Ask, Don't Tell takes effect on September 20, the case becomes moot and the judgment should be vacated. The government is trying to remove the legal precedent established in our case so that anyone claiming  back pay, reinstatement or a change in discharge status because he or she was discharged under an unconstitutional law would be unable to take advantage of the precedent we set. In other words, our case should remain as a precedent because servicemembers discharged under DADT continue to suffer collateral consequences from their discharges even after repeal becomes effective.

It is particularly important that this case, and the principle established by this case, remains intact because there is a real threat that it could disappear. Several leading Republican presidential candidates have gone on record promising to 'repeal the repeal.' The military could also bypass Congress and enact new regulations, and a new Congress could re-enact DADT. "

MetroWeekly has a helpful FAQ on the ongoing case…