The NAACP of North Carolina has published an open letter to North Carolinians opposing the constitutional amendment banning same-sex marriage set to be considered as early as today by the state legislature. 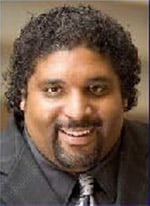 Here's an excerpt, via Progressive Pulse:

”Our legislature and all North Carolinians should focus on providing sound basic education for every child; equal access to good health care; living wages; workers rights; recovery from natural disasters; and protections for maximum voter turnout.

Who can tell thousands of families living without health care that they are better served by the legislature debating whether to amend the Constitution to address a personal religious issue in a way that will enshrine discrimination into the sacred document?

Who wants to stand in the face of parents whose children are receiving a sub-par education at woefully under-resourced public schools that their primary concern should be about our legislature dictating which families are worthy of the law’s protections and which ones are not?

Who would dare go to unemployed workers and tell them they should clamor to see another group of North Carolinians forever excluded from the guarantee of equal protection under the laws rather than demand that we work to provide jobs and economic empowerment for them so they can feed their families and keep a roof over their heads?

Who will look in the eyes of women victimized by brutal sterilization and tell them to put their pain and hurt aside and join the chorus of those who want to write laws that hurt other people?

The NAACP strongly urges you to reject the so-called same sex amendment and any other present or future proposals of constitutional amendments that would permanently deprive any person in our great state of his or her inalienable rights.”

The letter is signed by Rev. Dr. William J. Barber, II, President of the North Carolina Chapter of the NAACP.