Kevin Kennedy, a 20-year-veteran of the Nashville Fire Department, has been suspended for making anti-gay remarks on Facebook, The Tennesseean reports: 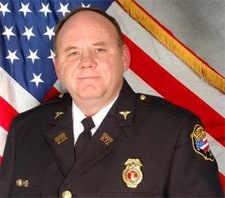 Fire Chief Steve Halford ordered the two-month suspension after a departmental hearing last week for paramedic Kevin Kennedy. Kennedy was accused of posting on his own Facebook page and the Nashville Fire Department Emergency Medical Services’ page that homosexuality was a perversion. He also said two gay EMS workers should “crawl back into the closet,” said Deputy Chief Kim Lawson, spokeswoman for the department.

Kennedy must "show proof of his participation in an anger management program and diversity training" before coming back on the job, according to Deputy Chief Kim Lawson.

Said Lawson: “We have not faced this issue before, but as social media expands, it is a concern. In no way did we want people to think the department was associated with anti-gay comments.”

Previous Post: « Military Airman Who Came Out to Dad on YouTube Talks to ABC News: VIDEO
Next Post: Brad Pitt Calls Anti-Gay Marriage Discrimination Un-American: ‘It Make-a No Sense to Me. It Make-a No Sense’ »