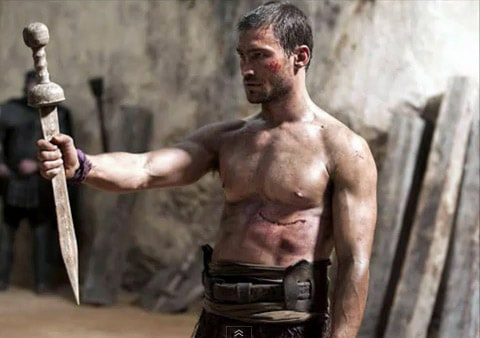 Non-Hodgkin lymphoma took the life of former Spartacus: Blood and Sand actor Andy Whitfield over the weekend. He was just 39, according to the Hollywood Reporter:

Whitfield — who was born in Wales and lived in Australia — was a virtual unknown when he was cast as the title hero in Spartacus, a hit original series that made waves with its graphic violence and sexuality. Whitfield was preparing for the second season when he was diagnosed 18 months ago. In January, the network announced that another Australian actor, Liam McIntyre, would take over the role.

Said Starz President and CEO Chris Albrecht: "We were fortunate to have worked with Andy in Spartacus and came to know that the man who played a champion onscreen was also a champion in his own life. Andy was an inspiration to all of us as he faced this very personal battle with courage, strength and grace. Our thoughts and prayers are with his family during this difficult time. He will live on in the hearts of his family, friends and fans.”

A fan-made tribute, AFTER THE JUMP…

Previous Post: « UPDATE: Blendr is Not Just For Straight People
Next Post: Serena Williams Goes Off on ‘Hater’ Referee at US Open Final: VIDEO »