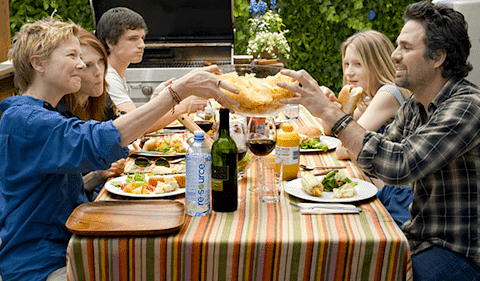 Deadline reports that the critically-acclaimed film The Kids Are All Right is being developed as an hour-long series by HBO:

"Lisa Cholodenko, who co-wrote and directed the Focus Features release, will write the pilot script. I’m told that it will continue the adventures of the five main characters. They were the same-sex partners (played in the film by Annette Bening and Julianne Moore), their son and daughter (played by Josh Hutcherson and Mia Wasikowska) and the biological father of the kids/sperm donor who surfaces and tears the family apart (played by Mark Ruffalo in the film). Deals are still being worked out, but Cholodenko will be exec producer alongside the film’s original producers"