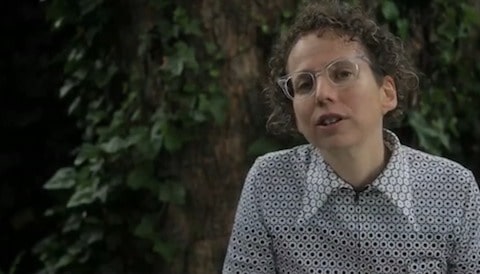 Paris is Burning director Jennie Livingston is making a new film about death:

I began Earth Camp One because I had an experience – losing four family members in five years. I became aware — viscerally — that, in our culture, we don’t know how to deal with loss, much less how to talk to one another about it. It’s as if death itself has become "shameful and forbidden,” writes Joan Didion. At heart, Earth Camp One is about the very American problem of discomfort with discomfort.

Livingston has gone to Kickstarter with her new project.

Watch her appeal, AFTER THE JUMP…

Previous Post: « HBO Developing ‘The Kids Are All Right’ as Hour-Long Series
Next Post: Male Cheerleader in Texas Kicked Off Squad, Suspended for Gay Kiss Seen on Surveillance Camera: VIDEO »