San Jose Sharks do not have time for "It Gets Better" video.

NYC gay sports bar Boxers denied liquor license at contentious, sometimes homophobic community board meeting, over bar's proximity to school: "These kids are curious. They'll want to look into this, they're going to go in there," said Nivia Cefello, who has lived in the area for 65 years. "I'm upset they can meet these people. Their mind will be working and they'll be working hard, and that's where the trouble's going to start real bad." Previous report here. 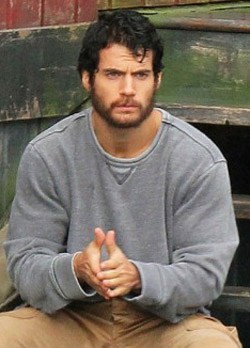 Henry Cavill beards up for Man of Steel.

Tom Cruise tries to move like Jagger in wedding dance-off.

WATCH: A new trailer for the equine epic War Horse.

Mexican President Felipe Calderon under fire for comment perceived as anti-gay: "Calderón inadvertently stoked up his homophobic legacy by making a throw away comment that was quickly picked up online and turned into a widely shared Twitter hashtag in Mexico (#NoVayaApensarOtraCosa)." 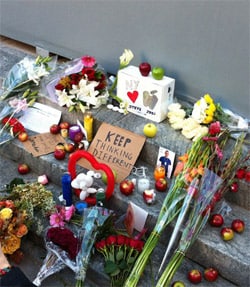 Antigua Attorney General Justin Simon says nation's sodomy law won't change: “I don’t care what happens in Belize, there will be no change in the law on buggery in Antigua & Barbuda. At least not if I can help it. Being gay is morally wrong, and to be honest personally, I am still homophobic."

I.M. Pei's Terminal 6 at JFK to be demolished.

Groups trying to repeal California's LGBT History bill claims teaching about George Washington will be thrown out so kids can learn about Chaz Bono instead. 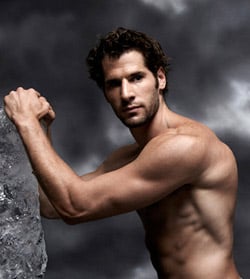 Tori Amos tells Michigan's PrideSource she would be fine if her daughter was gay: "…she knows very well what I think. I had a chat with her once that if she ever came home and said she was a lesbian then that's her choice. And she said to me: 'Mom, I'm not a lesbian. Black guys are hot.'"

Michael Fassbender says he'll be taking it all off soon.

San Diego CityBeat writer responds to accusations of homophobia: "First of all—and again, I say this with utmost respect and with no desire to offend—I do not recognize GLAAD’s authority over my vocabulary. My opinion is that there is absolutely nothing offensive about 'homosexual.' It is—by its etymology—exactly what it defines, with zero innuendo. Homo means “same” and homosexuals are people who are sexually attracted to members of the same gender. It just couldn’t get any less offensive than that."