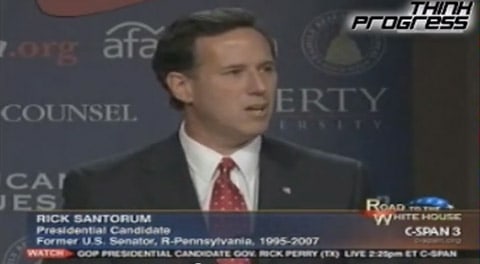 In fact, the Pentagon's directive clearly states that "a chaplain is not required to participate in or officiate a private ceremony if doing so would be in variance with the tenets of his or her religion or personal beliefs."

Santorum also vowed to protect opposite sex marriage in every state.