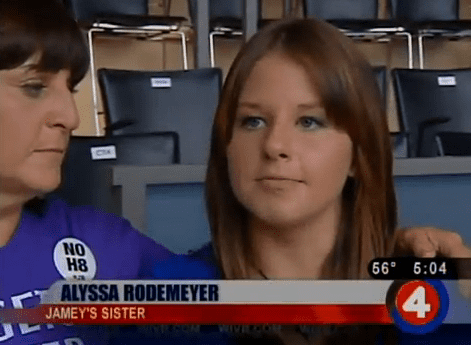 This week, a group of students at a homecoming dance allegedly jeered the sister of Jamey Rodemeyer. They screamed at her, "We're glad he's dead."

Now the Buffalo school's superintendent has suspended one student over the "incident." Which is progress. But there were reportedly several students jeering. What will happen to them?

And a broader question: when is anti-gay bullying going to show up on the Republican Party's radar? Hundreds, maybe thousands of LGBT schoolchildren face daily savagery straight out of Lord of the Flies – while the conservative establishment remains dead-silent. Bachmann, for instance, has failed to sign a petition against homophobic bullying, even as the Justice Department targets the school district in her congressional zone for laxity on bullying.

The silence isn't uniform. In Albany, State Sen. Stephen M. Saland, a Republican, is sponsoring an anti-bullying bill. But, by and large, the party's national leadership has nothing to say about the pervasive harassment of LGBT children. Why?