Director Brett Ratner is out as Oscar producer, according to the Hollywood Reporter: 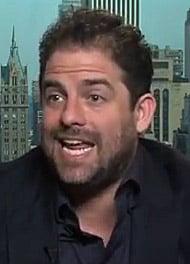 Director Brett Ratner is planning to step down as Oscar producer, a source close to the Academy of Motion Picture Arts and Sciences tells The Hollywood Reporter. The source says a decision has been made and the Academy will make an announcement shortly.

Calls to the Academy were not returned.

UPDATE — The Academy has now issued a statement:

This morning, Brett Ratner submitted his resignation as a producer of the 84th annual Academy Awards to Academy President Tom Sherak. Ratner then issued an open letter to the entertainment industry in which he explained his decision.

"He did the right thing for the Academy and for himself," Sherak said. "Words have meaning, and they have consequences. Brett is a good person, but his comments were unacceptable. We all hope this will be an opportunity to raise awareness about the harm that is caused by reckless and insensitive remarks, regardless of the intent."

Here's Ratner's letter to the entertainment industry. And an update from GLAAD.

“When we sat down with Brett today, he seemed very sincere in his desire to use this experience as a way to begin speaking out against anti-gay language in popular culture,” said Herndon Graddick, Senior Director of Programs at GLAAD. “We believe this resignation is just the first step and will be announcing a series of concrete actions in coming days and weeks with Brett.”

Yesterday, Brett Ratner issued a lame apology after stunning a Tower Heist screening audience on Friday night by using an anti-gay slur during a question and answer session.

After being asked what rehearsals are like, Ratner declared "rehearsal's for fags", stunning the audience.

Yesterday, AMPAS President Tom Sherak, said the Academy would give Ratner a chance: "The bottom line is, this won’t and can’t happen again. It will not happen again. He apologized and we will move forward. How do I know this? I’ve known this man for a very long time. He has many friends who are members of the gay and lesbian community. The apology he gave I truly believe comes from his heart. If I didn’t believe it, I would do something about it. This is about integrity and honoring the Academy Awards, but we all make mistakes and I believe he didn’t mean it.”

However, anger has been building.

Earlier today, the L.A. Times wrote, " Whatever goodwill he might have had for assuming the thankless job of producing the Oscars is now long gone."

And The Wrap asked, muzzle Brett Ratner or fire him?

Adding: "Calls for Brett Ratner's firing from the Oscar telecast are growing as word of his gay slur and raunchy remarks on the Howard Stern show are circulating. Mark Harris, a columnist for Entertainment Weekly and the Oscars columnist for ESPN's Grantland, called for Ratner's dismissal on Monday. Tuesday morning he was joined by Salon movie writer Andrew O'Hehir."