Overall, LGBT candidates and causes scored huge wins in yesterday's elections. Here's a round-up of some of the highlights and stinkers. Apologies if I've missed any. Please add them in the comments section. 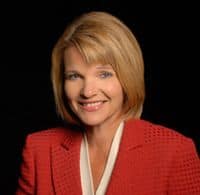 Liz Mathis beat Cindy Golding in Iowa's special election holding off what might have been a legislative threat to marriage equality in the state, and keeping Democrats in control of the Senate. This is a HUGE loss for NOM and other anti-gay groups, which poured money into the state to defeat Mathis and used hideous robocalls.at the last minute.

Adam Ebbin has been elected to the Virginia state senate, and is its first openly gay senator: "Ebbin defeated Republican challenger and political newcomer Timothy McGhee by a margin of 64 percent to 35 percent. He ran in a district with a solid Democratic majority that includes parts of Alexandria, Arlington and Fairfax counties."

Houston Mayor Annise Parker was reelected by enough of a margin that she has avoided a run-off.

Largo, Fla., City Commission: Michael Smith defeated Mary Gray Black, who has a history of anti-gay and anti-trans activism on the commission.

More in North Carolina: "Openly gay Chapel Hill Mayor Mark Kleinschmidt won his reelection bid with 78 percent of the vote, beating challengers Tim Sookram and Kevin Wolff. Openly gay 22-year-old and recent University of North Carolina grad Lee Storrow won his race for a seat on the Chapel Hill Town Council. He garnered 15.78 percent of the vote, coming in third in a four-way race. Storrow is the youngest member to serve on the council in 20 years. In nearby Carrboro, incumbent Alderwoman Lydia Lavelle was also victorious. She’ll serve another term on that town’s council, capturing 29.84 percent of the vote." 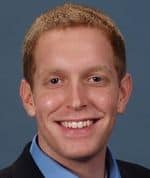 Alex Morse, a 22-year-old, beat 67-year-old inclumbent Mary Pluta in  Holyoke, Massachusetts to become the nation's youngest mayor. “Alex is a force of nature, and proof that young LGBT Americans are determined to live authentic lives as they build their careers.  We’re incredibly proud of the campaign he ran,” said Chuck Wolfe, president and CEO of the Victory Fund. 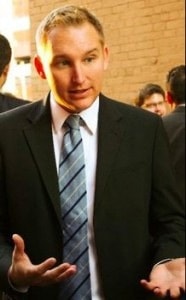 Chris Seelbach is the first openly gay city council member elected in Cincinnatti: "He wants to turn the debate more toward what council can do to make Cincinnati more of a place sought out by young professionals and young families. He worked in 2004 to help defeat Article XII, which banned naming gay people as a protected class. He wants to make public transportation the top priority and move toward a fixed-rail system connecting all neighborhoods. He's 31, vice president and chief financial officer of The Seidewitz Group, a marketing and consulting firm. He lives in Over-the-Rhine, is an endorsed Democrat, and is the city's first openly gay council candidate."

Mary Doran has been elected to the School Board in St. Paul, Minnesota.

Pedro Segarra easily retains his post as mayor of Hartford, Connecticut.  His main opponents dropped out of the race earlier this year. 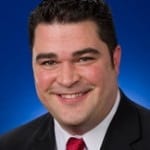 Caitlin Copple has won election in Missoula, Montana: "She is the first openly gay councilmember that has been elected to the Missoula City Council. 'We in the LGBT community are going to be celebrating pretty heartily,' said political science senior John Blake."

Traverse City, Michigan overwhelmingly supported an ordinance that prohibits discrimination based on sexual orientation: "By a nearly two-to-one margin, the city voted 2,818 to 1,661 — 63 percent to 37 percent — to keep a year-old ordinance intact. 'It sends a message that Traverse City is an open and inclusive place,' said Ross Richardson, of Traverse City Equality, a committee that encouraged voters to support the ordinance. 'It defines what our values are.'" 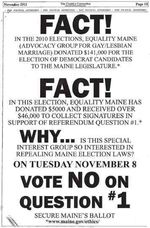 Mississippi's "personhood amendment failed at the polls: "Mississippi voters Tuesday defeated a ballot initiative that would've declared life begins at fertilization, a proposal that supporters sought in the Bible Belt state as a way to prompt a legal challenge to abortion rights nationwide. The so-called 'personhood' initiative was rejected by more than 55 percent of voters, falling far short of the threshold needed for it to be enacted. If it had passed, it was virtually assured of drawing legal challenges because it conflicts with the Supreme Court's 1973 Roe v. Wade decision that established a legal right to abortion." Big loss for the Family Research Council.

Rose Marie Belforti, the town clerk of Ledyard, NY, who refused to sign same-sex marriage license, won with 62 percent of the vote:

The Ledyard town clerk’s bid to return to office was cast as a crucial test of balancing the new same-sex marriage law against the right to religious freedom.

“Rose Belforti has faced unreasonable bigotry and harassment,” said the Rev. Jason McGuire, NYCF’s executive director. “Some gay activists would not be satisfied with Mrs. Belforti’s right to have her religious freedoms reasonably accommodated.”

Manuel Rodriguez Jr., who used an anti-gay ad against his opponent, won in Houston: "Rodriguez, who issued a late campaign ad seen as anti-gay, narrowly defeated Ramiro Fonseca – by 24 votes out of about 4,800 cast – according to complete but unofficial results. Fonseca, a Houston Community College administrator who had endorsements from numerous elected officials, said Tuesday night that he would not concede until the vote tally is official."