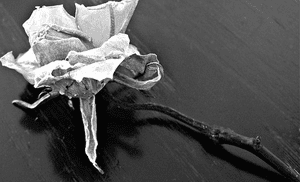 Luisa was stoned to death; Idinia's throat was slit; Genesis was strangled; Fergie was shot. Those are just four of the (at least) 23 victims of anti-trans violence commemorated on this, the 13th Annual Transgender Day of Remembrance. Lambda Legal's transgender rights attorney, Dru Levasseur, issued this statement yesterday morning:

Today, on the eve of the 13th International Transgender Day of
Remembrance, we remember those we have lost and continue to lose to
anti-transgender hatred and violence, and recommit ourselves to fighting
for full equality for all transgender and gender non-conforming people.

"Lambda Legal continues to fight for the rights of transgender people at
work, in school, and in every aspect of their daily lives. We convinced an
Indiana school district to change its school dress code policies after
bringing a lawsuit on behalf of K.K. Logan (Logan v. Gary Community School
Corporation), a transgender woman who was barred from her high school prom
for wearing a dress; we and our partners at the ACLU won a federal lawsuit
(Fields v. Smith) filed on behalf of transgender women incarcerated in
Wisconsin who were barred from receiving transition-related health care, a
ruling upheld on appeal to the U.S. Court of Appeals for the Seventh
Circuit; we filed a lawsuit in Oregon state court against the State of
Oregon and Public Employees Benefit Board on behalf of Alec Esquivel
(Esquivel v. Oregon), a transgender man denied medically necessary surgery
because he is transgender; and on December 1, we will present arguments
urging the U.S. Court of Appeals for the Eleventh Circuit to uphold a
federal court ruling that the action taken against our client, Vandy Beth
Glenn (Glenn v. Brumby et. al.), who was fired from her job as a
legislative editor by the Georgia General Assembly based on her gender
identity, was illegal and discriminatory.

Lambda Legal's 2009 survey on health care fairness, When Health Isn't
Caring, revealed that 70 percent of all transgender and gender
nonconforming respondents had experienced discrimination in health care
settings. We need laws that guarantee equal access to health care. And
until Congress passes the federal Employment Nondiscrimination Act (ENDA),
too many transgender people can be fired or face job discrimination based
on their gender identity and expression.