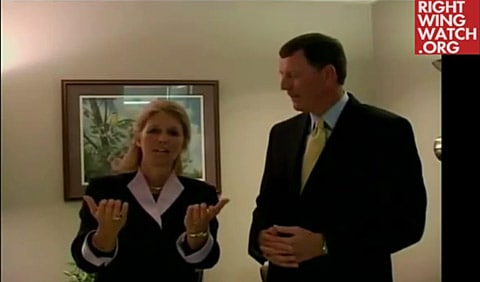 In August of last year, Scott also claimed that outlawing same-sex marriage would save the economy:

"This is not simply a party issue. It's a Biblical issue. Now I expect somebody like SNL will come along and make fun. We'll see the Church Lady revived. That's okay. I'd rather have man mad at me than be a stench in the nostrils of the God almighty."

Vander Plaats, of course, heads up The Family Leader, Iowa's leading anti-gay group, which held a 'Family Forum' over the weekend for the Republican candidates.