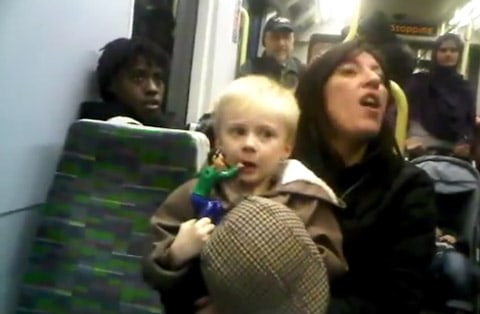 "British woman on London transport complaining that Britain is nothing now that ethnic minorities are in her country" soon to discover what it's like to be YouTube famous.

UPDATE: The woman has been arrested. "British Transport Police said a woman, 34, had been arrested on suspicion of a racially-aggravated offence."