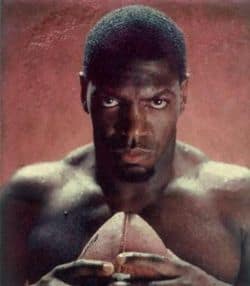 If you're confused, undecided, or otherwise uncertain about gender roles and their meaning in modern society, fear not: Jonathan Vilma, linebacker for the New Orleans Saints, has taken to Twitter to clear things up. Last night, seemingly out of the blue, he Tweeted:

Grown men should NOT hav female tendencies. Period. [sic]

This bit of wisdom was re-Tweeted by fullbacker Vonta Leach, of the Baltimore Ravens. According to OutSports, when a fan objected to Vilma's editorializing, Vilma replied:

So, that settles that.