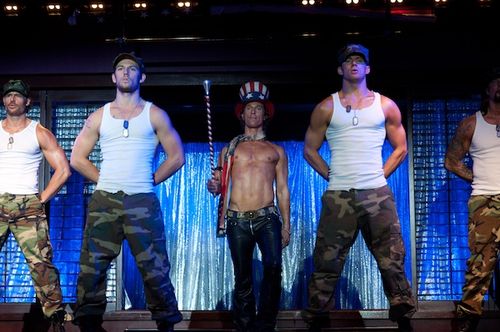 The official synopsis goes: "Set in the world of male strippers, “Magic Mike” is directed by Steven Soderbergh and stars Channing Tatum (“Dear John,” “Step Up”) in a story inspired by his real life. The film follows Mike (Tatum) as he takes a young dancer called The Kid (Pettyfer) under his wing and schools him in the fine arts of partying, picking up women, and making easy money."

Close ups, AFTER THE JUMP…

Said Manganiello in October about his character: "Big Dick Richie? That's the reason to do it. There's definitely a scene that will answer those questions. Everybody kinda does their own thing…Big sexy Kevin Nash has his Tarzan thing, I've got my fireman thing, Matt Bomer's got a doctor thing going on, Adam Rodriguez does a Latino lover bit."

Matt Bomer doesn't make this shot, but he's been talking about it as well:

"There's something about throwing a thong on in front of other peope that just instantly forms an ensemble…I had never worn a thong before. So, the first time I tried it I put it on wrong and my junk didn't fit in it. I had to call a wardrobe person in and go, something's wrong with my thong you guys. I think we're going to have to figure this out' and they go 'yeah, your legs are in the wrong holes.'"

Close ups, AFTER THE JUMP… 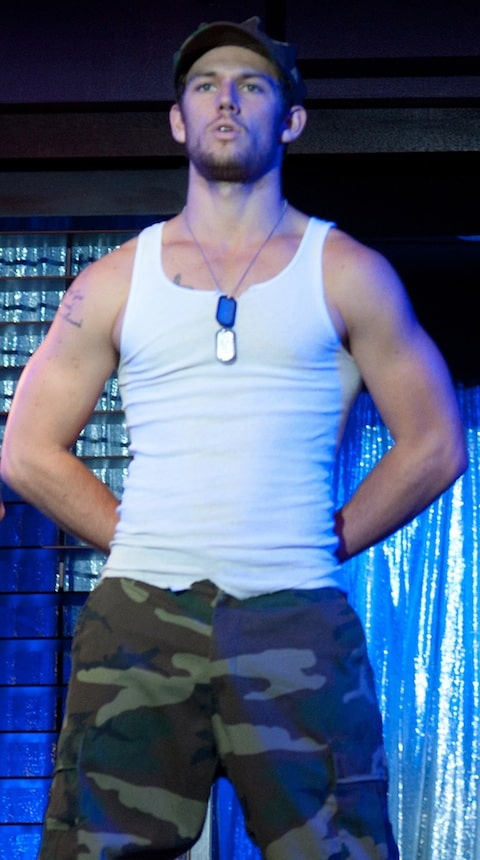 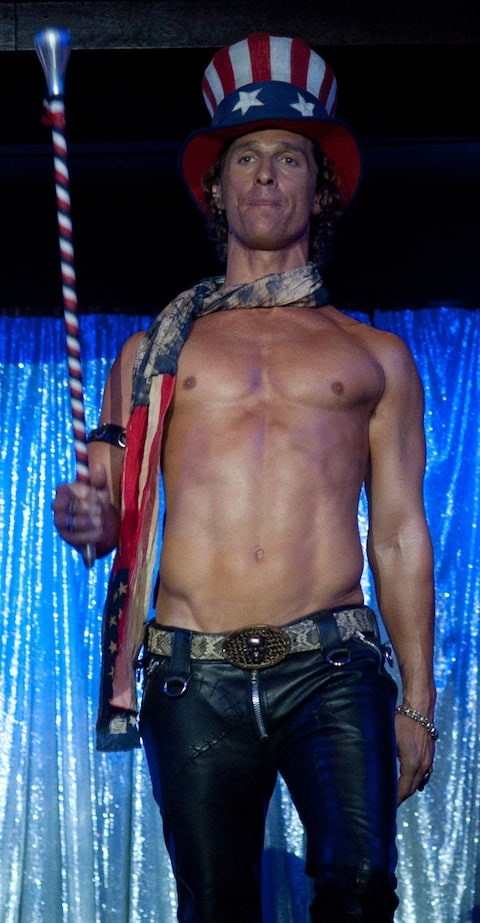 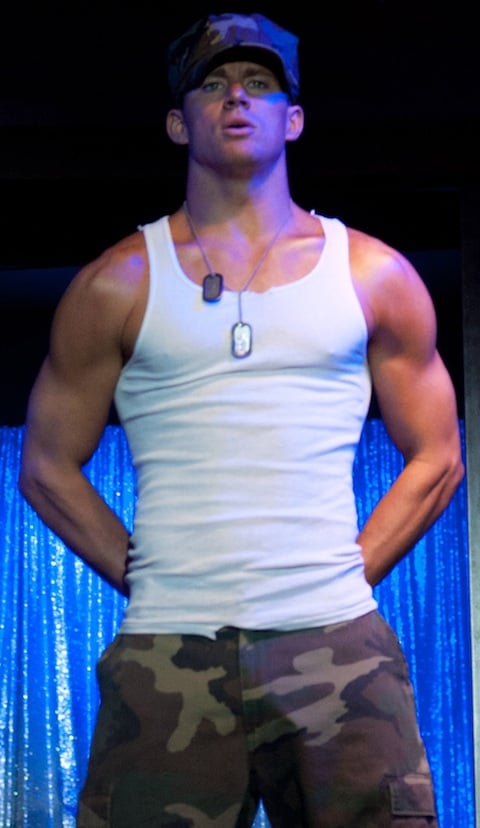