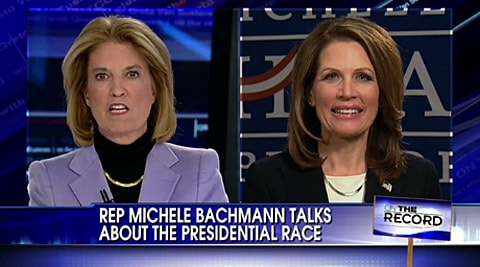 Michele Bachmann says she “can’t wait to shred Obama’s radical agenda to pieces” in a debate and talked to Greta van Susteren about who she would pick as running mates:

“I think that Rick Santorum is a wonderful man personally, but also, I think that he’s very gifted when it comes to the area of legal issues,” Bachmann told Van Susteren. “And I think I could see him as an attorney general. I think he’d do a great job. I haven’t talked to Rick about that, but I think he’d be wonderful, or another cabinet position.” I think that he’d also be on my short list of people that I would consider for my VP.