First Class stamped mail will be slowed and no longer be delivered the next day starting next spring, the USPS tells the AP, as part of a broad series of cuts: 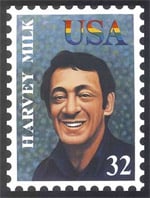 The estimated $3 billion in reductions, to be announced in broader detail later Monday, are part of a wide-ranging effort by the Postal Service to quickly trim costs and avert bankruptcy. They could slow everything from check payments to Netflix's DVDs-by-mail, add costs to mail-order prescription drugs, and threaten the existence of newspapers and time-sensitive magazines delivered by postal carrier to far-flung suburban and rural communities.

That birthday card mailed first-class to Mom also could arrive a day or two late, if people don't plan ahead.

Said Jim Corridore, analyst with S&P Capital IQ, who tracks the shipping industry: "It's a potentially major change, but I don't think consumers are focused on it and it won't register until the service goes away. Over time, to the extent the customer service experience gets worse, it will only increase the shift away from mail to alternatives. There's almost nothing you can't do online that you can do by mail."