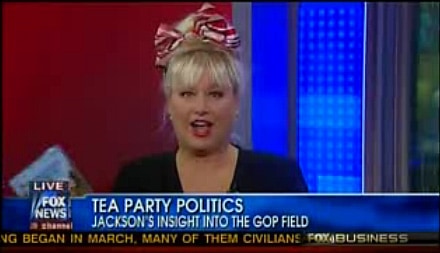 Former SNL cast member-turned Tea-bot Victoria Jackson is so insane even the nutjobs at 'FOX & Friends' don't even know what to do with her.

"I'm so happy the Christians are hiring me because the left in Hollywood doesn't use me anymore," says Jackson, spewing a barrage of Tea Party memes about Obama being a socialist before launching into a diatribe against same-sex marriage:

"Marriage between a man and a woman is the pillar of society. Children grow up happy and confident when they have a….you know, God invented it!"

Please, have her on all the time!