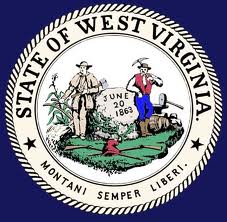 Board members unanimously approved Policy 4373, titled Expected Behavior in Safe and Supportive Schools, amid a flurry of public comments. Public speakers were limited to three minutes each.

The policy combines four previous polices regarding student behavior and discipline. Most notably among the speakers who have rallied for and against the policy was the addition of "gender identity or expression" and "sexual orientation" under the list of characteristics that are specifically protected.

Heading up the support for the new policy was Bradley Milam, executive director of Fairness West Virginia, an advocacy group for lesbian, gay, bisexual and transgender West Virginians.

"We are elated," Milam said. "This is a long time coming and it affects all students. We are so excited it is becoming a reality in West Virginia, where this (bullying) is an epidemic."

Punishments for harassment can range from detention to suspension from school for 10 days. Students can also be punished for "vulgar or offensive speech" online if it disrupts school learning.