Eric James Borges, a gay teen filmmaker from Visalia, California and intern with the Trevor Project, took his own life this week just a month after posting an 'It Gets Better' video chronicling some of the personal troubles he had been through in his past, which included both bullying and an exorcism which his own parents had performed on him in an attempt to turn him straight. 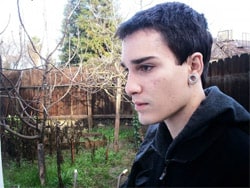 Blogger Jim Reeves writes about Borges' death in a recollection on his blog, Queer Landia. An event page for Borges' memorial has also been set up on Facebook.

Says Borges in the video:

I was raised in an extremist Christian household. My earliest recollections of my experience with the relentless and ongoing bullying was in kindergarten, but of course to a lesser degree….Throughout elementary, junior high and high school it got progressively worse. I was physically, mentally, emotionally and verbally assaulted on a day-to-day basis for my perceived sexual orientation…'My name was not Eric but 'Faggot'…I reached my limit when I was assaulted in a full classroom with a teacher present. I dropped out, went on independent studies, graduated early and started college…My mother knew I was gay and performed an exorcism on me in an attempt to cure me….My anxiety, depression, self-loathing and suicidal thoughts spiked…I had nowhere safe to go, either at home or school… My parents told me that, among other things, I was disgusting, perverted, unnatural and damned to Hell. About two months ago they officially kicked me out of my house.

Unfortunately, these kinds of experiences are all too common.

Borges also made short films, one of which you can see, along with his 'It Gets Better' video, AFTER THE JUMP…

A statement released by Laura McGinnis, the Communications Director at The Trevor Project, reads:

We are deeply saddened to hear about the tragic death of EricJames Borges, and our hearts go out to his family and friends, and his community. EricJames was a dedicated, trained volunteer. Our main concern right now is that those affected by his death feel supported and can get the care they need. If you or someone you know needs support, please don’t hesitate to call the Trevor Lifeline at 866-488-7386. 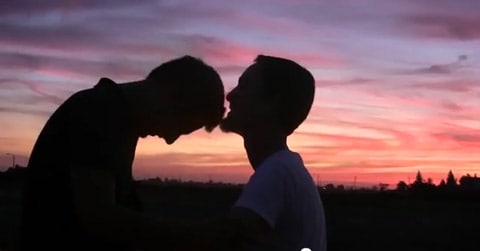