Tennessee state Senator Stacey Campfield, author of the dangerous 'Don't Say Gay' bill, continues to spread his lies about gay people and AIDS. Yesterday, he was interviewed by David Pakman, who asked him about being kicked out of the Bistro at the Bijou restaurant earlier this week in Knoxville.

This morning, Michelangelo Signorile spoke to CNN about Campfield's lies and the damage he's doing in his state, where two teenagers recently committed suicide due to anti-gay bullying. 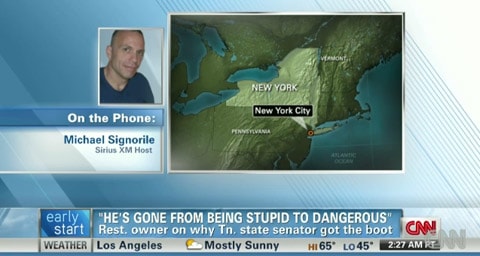