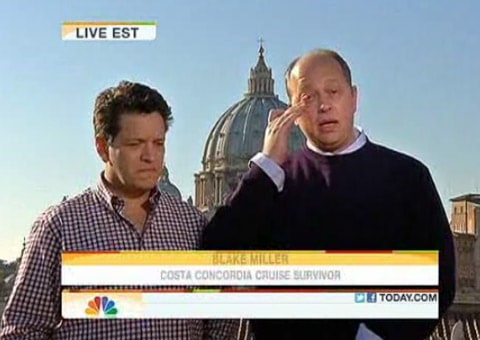 Blake Miller and Steve Garcia, a gay couple from Texas, were traveling aboard the Costa Concordia cruise ship as it ran aground and sank over the weekend. Miller and Garcia, from Austin and San Antonio, respectively, were celebrating Garcia's 50th birthday and described chaos as the boat scraped the rocks before partially submerging on its side near Giglio, Italy.

Six people have died and 16 are still missing as rescue efforts have been suspended because of weather.

Miller and Garcia gave an emotional recount of the events to the Today show. 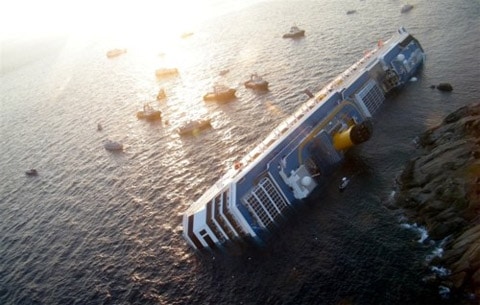