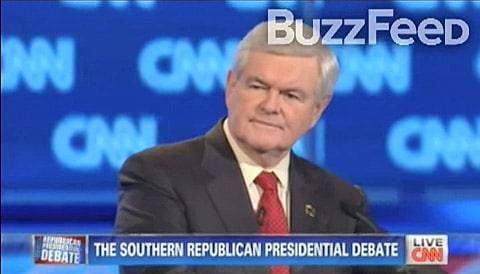 Newt Gingrich received a standing ovation in the first moments of last night's debate after getting a question from moderator John King about allegations from his ex-wife Marianne that he wanted an "open marriage".

"I think the destructive, vicious, negative nature of much of the news media makes it harder to govern this country harder to attract decent people to run for office. I’m appalled you would begin a presidential debate on a topic like that…Every person in here knows personal pain. Every person in here has had someone close to them go through painful things. To take an ex-wife and make it two days before the primary, a significant question in a presidential campaign, is as close to despicable as anything I can imagine.”