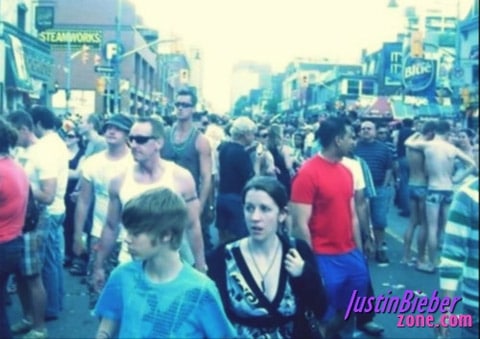 A photo has surfaced online of Justin Bieber at Toronto Gay Pride in 2006 with his mother, Pattie Mallette. Bieber was 11 at the time.

JB looks…somewhat bewildered by the sights and sounds of the parade. In fact, both he and Pattie look a little overwhelmed trying to take it all in. And speaking of Pattie, she looks almost young enough to be a teenager herself–more like his big sister than his mom.

Oh well, it's great to see that even back then, Justin and his mom supported the LGBT community. Interestingly, while fans who've seen the photo praised Justin Bieber and his mother for their support of gay rights, many beliebers seemed more interested in how much he's changed since then–a change that they blame not on the passage of time, but on Selena Gomez.