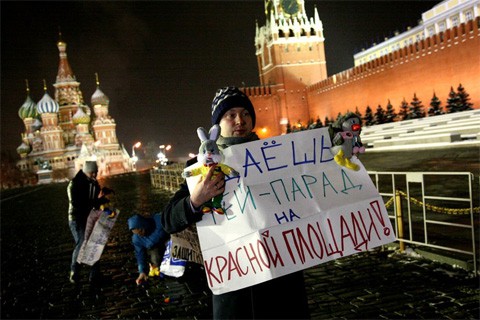 Novaya Gazeta journalist Anna Artemyeva shot these photos of Russian activist Nikolai Alekseev, Vladimir Ivanov, and another activist as they were arrested in Red Square while protesting Moscow's plan to ban gay "propaganda".

Alekseev wrote that it was the "First ever public event of Russian LGBT community at Red Square in Moscow." 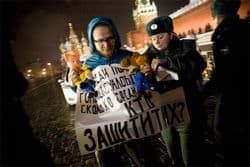 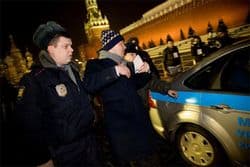 I wrote about the bill (which is also being considered in St. Petersburg and nationally), which bans all public acts "promoting homosexuality" under the guise of protecting children, in November.

It is for that reason that Alekseev and the other activists held stuffed animals.

Their protest, signaled on social media to happen in another Moscow location, in fact occurred in front of the most famous location in all of Russia. Within seconds they were swarmed by police.

The dolls – Piggy, Stepashka, Fili and Karkushi – at the Red Square protest were from popular children's TV shows and the banners said "Good night, kids!"

Two videos of the arrests, AFTER THE JUMP… 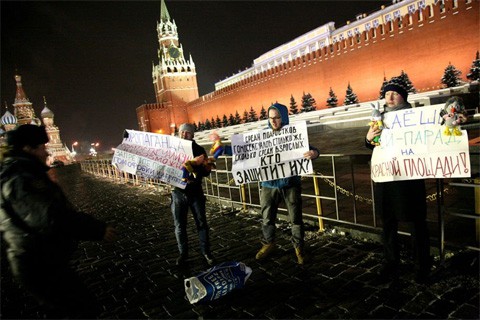 Watch video of the arrest, AFTER THE JUMP…