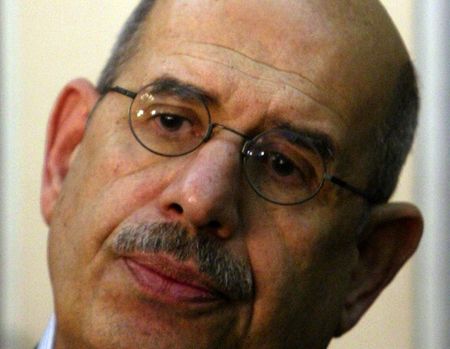 “The former regime did not fall,” Mr. ElBaradei said in a statement, arguing that the military council that took power in the name of the revolution had instead proved to be an extension of the Mubarak government. “My conscience does not permit me to run for the presidency or any other official position unless it is within a real democratic system.”

On the eve of the anniversary of the Jan. 25 uprising that forced Mr. Mubarak from power, Mr. ElBaradei’s announcement may help rally support for the protests planned for that day to demand the exit of the ruling military council.

Congrats to Susan Allen, the first Native American lesbian elected to a US state legislature:

During a special general election to the Minnesota State House, Allen defeated her opponent Nathan Blumenshine with 56 percent of the vote to fill the vacated seat of now Senator Jeff Hayden.

The morning after the election, Allen said she wanted to dive into legislative work and her early priorities were to bring jobs and job training to her district and work on a fair tax system for Minnesota. As an openly gay legislator, Allen also said she would begin her fight against the discriminatory constitutional marriage amendment.

On her website, Allen states, “I am a passionate supporter of marriage equality. As a lesbian, I feel this inequality every day. I will use my position as State Rep to speak loudly against the marriage amendment and in favor of equality for all Minnesota families. I will also use my 2012 reelection campaign as a vehicle to turn out voters against writing discrimination into our state constitution.”

America's "second most famous" transman comes out as gay.

Democrats used Cyndi Lauper's "True Colors" in an anti-Romney ad. They didn't ask her permission. Ms. Lauper was not amused.

Incredible! One bit of memory stored on a 12-atom chip!

Below 12 atoms the researchers found that the bits randomly lost information, owing to quantum effects.

… "We kept building larger structures until we emerged out of the quantum mechanical into the classical data storage regime and we reached this limit at 12 atoms." 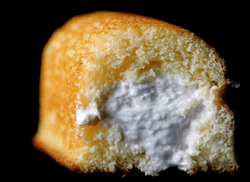 Twinkie-maker Hostess, more than $1 billion in debt, to declare bankruptcy.

Longform.org's "Guide To The Campaign Trail" — some of the best longform campaign trail journalism ever. (If you've got nothing against long sentences with too few commas, check out the David Foster Wallace piece. It's gorgeous.)

Civil War-era submarine — the first ever used in combat — restored and displayed for first time in South Carolina:

Considered the Confederacy's stealth weapon, the Hunley sank the Union warship Housatonic in winter 1864, and then disappeared with all eight Confederate sailors inside.

The narrow, top-secret "torpedo fish," built in Mobile, Alabama by Horace Hunley from cast iron and wrought iron with a hand-cranked propeller, arrived in Charleston in 1863 while the city was under siege by Union troops and ships.

In the ensuing few months, it sank twice after sea trial accidents, killing 13 crew members including Horace Hunley, who was steering.

In the sweetest story of the day, a 111-year-old Iraqi woman is sworn in as a brand-new US citizen:

[Warina Zaya] Bashou was born in 1900 and is the second-oldest person on record to be naturalized.

Bashou has been in the United States nine years. She said through an interpreter that becoming a citizen is something she wanted to do for her grandchildren and great-grandchildren to remember her by.