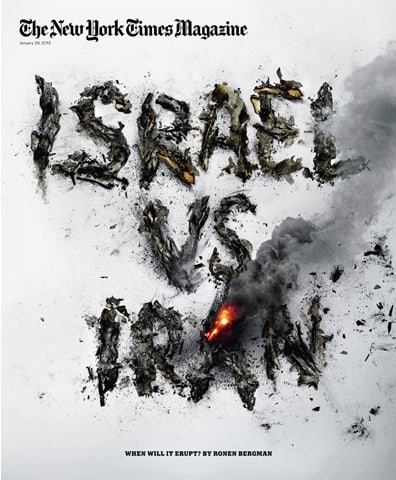 Journalist Ronen Bergman gets the most incredible access to the Israeli military apparatus and reports a very long, very compelling, and very grim story for the Times, in which he discusses the assassination of Iranian scientists, the secrets of the Mossad, the build-up to war, and a whole lot of unknown history. The story's too big to meaningfully excerpt here. Just pour a drink, take a deep breath, and read.

“One form of discrimination ignored or even sanctioned by many states for too long has been discrimination based on sexual orientation or gender identity,” Ban said.

“It prompted governments to treat people as second class citizens or even criminals,” he added.

First he contracted HIV. Then he developed brain cancer. Now Richard Brodsky is running for his life.

"We get them (homosexuals) in (at church) and you'll find that many, many of them have been abused". When asked if she felt such abuse led people to homosexuality, Court said: "Yes. You look at a lot of them, that's happened."

… "The word of God is our TV guide to life. It's not the fear book, it's a love book and it tells us how to live our lives."

"I would have won six Wimbledons not three . . . if I'd known what I know now from the scriptures, on the area of the mind."

Parents and grandparents of LGBT folk to run a TV ad in Australia:

The advertisement, organised by the Parents and Friends of Lesbians and Gays, is designed to increase the pressure on Mr Abbott to grant Coalition MPs a conscience vote on same-sex marriage. The group's spokeswoman, Shelley Argent, said Mr Abbott was out of step with public opinion on the issue, citing a Galaxy poll from November which showed 76 per cent of Coalition voters supported a conscience vote on same-sex marriage.

… ''This is a country where we all have only one vote each," [said Ms Argent.] "Why does Mr Abbott think he has the right to the votes of half the federal MPs, namely the entire Coalition? He knows and we know that many are in favour of marriage equality and this is what he fears.

''As parents we want our same-sex-attracted sons and daughters to have the choice and right to celebrate their relationships exactly the same as their straight siblings and extended family members, and to have these same relationships validated in the eyes of the law.'' 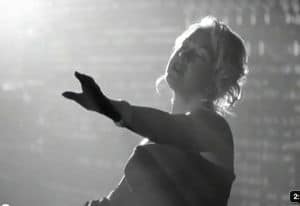 "He was an enormously important figure for the city, for many of the values I cared about and, in my case, really made a great difference in my life," Frank said. "I was still, when I met him, planning on an academic career, figuring I would dab in politics. He was the one who persuaded me to try fulltime government political work."

"He is the reason I've done what I have done for the past 40 years," Frank said.

White also was the first major state-level political figure to open up the political system to new people, including African-Americans and gays, Frank said.

"He was just the first modern mayor," Frank said.

If Xtina's version of "At Last" didn't do it for you, maybe this will. A big voice and a lot of class, AFTER THE JUMP …