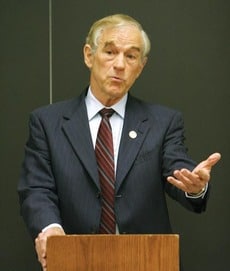 Ron Paul continues to take heat for the homophobic, racist newsletters sent in his name in the 1990s.

Asked about the inflammatory materials during an interview with ABC’s Jack Tapper yesterday, Paul admitted he wrote parts of the letters – the economic bits – but insists he never penned the “bad sentences” that warned of a “coming race war” and of a “federal-homosexual cover-up on AIDS.”

“I wrote a lot of part of the letter, and I’ve never said I didn’t. I wrote some of the — you know, the economic parts. I was not the editor. I was the publisher. And there were some very bad sentences put in. I did not write those. I did not review them,” he said yesterday, before blaming the people who worked for him.

Tapper then wondered whether Paul’s lack of oversight calls the presidential candidate’s management into question. Paul had no choice but to say “yes.”

“Well, yeah, I think so,” he said. “But nobody — I don’t think anybody in the world has been perfect on management, everybody that’s ever worked for them. So, yes, it’s a flaw. But I think it’s a human flaw.”

Watch video of Paul and Tapper’s exchange, AFTER THE JUMP…