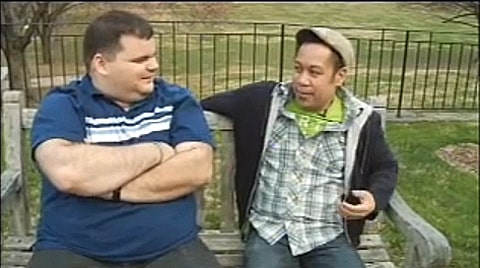 On Top reports on an upcoming episode of MTV's True Life:

On the January 11 episode, subtitled I'm a Chubby Chaser, viewers meet Justin, whose motto seems to be “the bigger, the better.”

“In the gay community bears are big guys with goatees and body hair,” Justin explains in a trailer for the episode. “When I'm with a bear I feel safe because of his size. I like feeling dwarfed by this individual – a protector almost.”

Justin says at first he dismissed his feelings for larger men as something “not normal.”

“In the gay community there's so much accepting of a lot of different lifestyles and that to me felt really great, because I fit in,” he says.

Check out a preview for the show, AFTER THE JUMP…

Previous Post: « Steve Litzow is First GOP Washington State Senator to Come Out in Support of Marriage Equality Bill
Next Post: Mitt Romney: ‘I Like Being Able to Fire People’ – VIDEO »