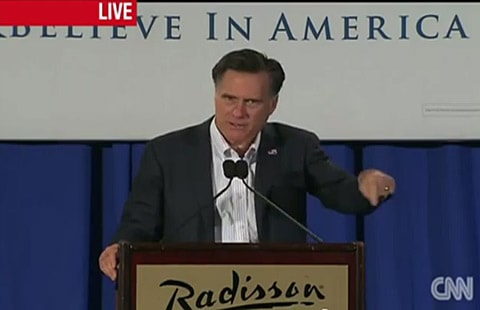 “I like being able to fire people who provide services to me.”

A poor choice of phrasing for Romney provides an opportunity for Huntsman:

Mr. Romney was making a point that many Republicans agree with — that individuals should be able to have their own insurance, and choose the plan they want.

But the comment was immediately seized on by one of Mr. Romney’s Republican opponents, Jon M. Huntsman Jr., as he spoke to supporters in Concord, N.H.

“It’s become abundantly clear over the last couple of days what differentiates Governor Romney and me,” he said. “I will always put my country first. It seems that Governor Romney believes in putting politics first. Governor Romney enjoys firing people; I enjoy creating jobs.

“It may be that he’s slightly out of touch with the economic reality playing out in America right now, and that’s a dangerous place to be,” he said.