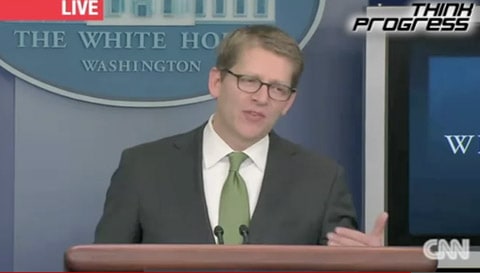 One reporter sarcastically asked whether there are books that Obama reads to help him along on his position. It was followed by a question from Washington Blade reporter Chris Johnson, who asked if there was any chance Obama would endorse marriage equality in his upcoming State of the Union address.

Said Carney: “I will not rule anything in or out. I’m just not going to talk about — beyond pointing at his words — his personal views on this. I think his administration’s policies on related issues are there for people to judge.”