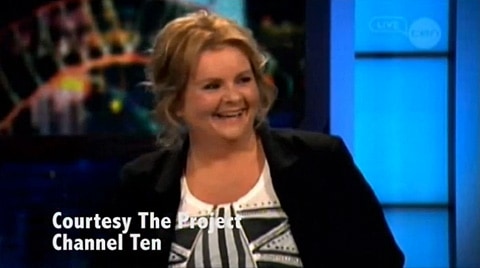 Actress and comedienne Magda Szubanski, who stars in the show Kath & Kim (American viewers may know her best from her role as Esme Hoggett in Babe), came out on Australia's Channel Ten's The Project.

Watch her inspiring statement and discussion with the Channel Ten hosts, AFTER THE JUMP… 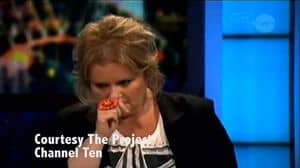 Said Szubanski: "Let me just define my terms here – I identify as gay myself…Now when I say that, what that means is I am absolutely not straight. I wouldn't define myself as bisexual either. I would say I am gay, gay, gay, gay, gay."

Szubanski timed her coming out with Valentine's Day and said she did it because of the current debate about marriage equality in Australia. She got emotional talking about the challenges gay people face, especially gay youth.

"Obviously I have been thinking about this for a very long time and I suppose some people might wonder why I haven't done it sooner…I am an incredibly open person and for decades my family have known my friends have known … all my colleagues….I'm sure all of you know. It's not like I was running around hiding it. There's a difference between living your life and living it absolutely publicly and that thing of 20 million people knowing your business is stressful."

Szubanski said that she was inspired to come out by Australia's debate over marriage equality.

Watch her inspiring statement and discussion with the Channel Ten hosts, AFTER THE JUMP…