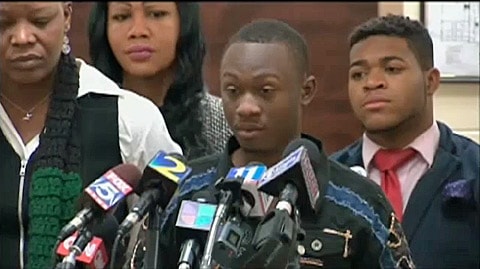 At a press conference this afternoon, Brandon White, the Atlanta man beaten by a gang outside of a grocery store in a video posted online that went viral earlier this week, spoke out about the attack. 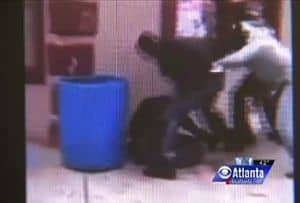 Said White: “I feel that if a straight person can walk to the store and not have a problem, I should be able to do the same. I shouldn’t have to worry about whether I should look over my shoulder, or is this person going to attack me, or is that person going to attack me for just being a gay male. I feel as though I should have justice, because those guys didnt feel my pain. They didn’t care whether or not I was injured. I could have died that day. They don’t know what they do to people. They’re monsters.”

White got a round of applause when he added: “By them going ahead and putting it on the internet, I feel that they wanted the attention…they wanted to make themselves look like they were brave or strong, but in my opinion, I’m the brave one.”

The FBI is investigating the incident to determine if it meets the criteria for prosecution under the federal hate crimes law:

U.S. Attorney Sally Quillian Yates said her office is looking into potential civil rights violations based on sexual orientation. Georgia does not have a state hate crimes statute. “The actions depicted in the video are appalling and unacceptable in our community, and we encourage anyone with information about this video to contact the FBI or Atlanta Police,” Yates said.

Video may take a few seconds to load: