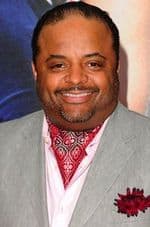 After days of pressure from GLAAD over tweets CNN contributor Roland Martin wrote during the Super Bowl, one in which he mocked men who wear pink, and another in which he advocated violence toward men attracted to men (specifically, male fans of David Beckham), the cable news network has taken action and suspended Martin.

Writes the network in a statement:

“Roland Martin’s tweets were regrettable and offensive. Language that demeans is inconsistent with the values and culture of our organization, and is not tolerated. We have been giving careful consideration to this matter, and Roland will not be appearing on our air for the time being.”

Martin posted two apologies on his blog since the Super Bowl, one of which said, in part:

As someone who has spoken out forcefully against bigotry against African Americans and other minorities, as well as sexism against women, I fully understand how a group who has been unfairly treated would be offended by such comments, and, again, I am sorry for any offense my remarks caused.

One of Martin's offensive tweets:

GLAAD released a statement in response to Martin's suspension:

“CNN today took a strong stand against anti-LGBT violence and language that demeans any community,” said GLAAD spokesperson Rich Ferraro. “Yesterday, Martin also spoke out against anti-LGBT violence. We look forward to hearing from CNN and Roland Martin to discuss how we can work together as allies and achieve our common goal of reducing such violence as well as the language that contributes to it.”