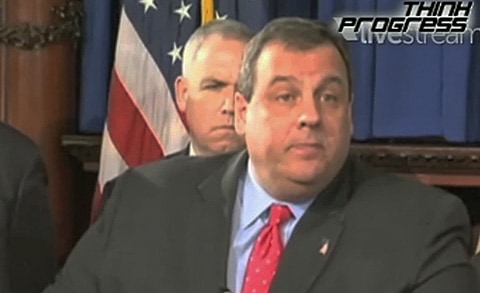 New Jersey Governor Chris Christie assured reporters that the legislature would not have the votes to override a promised veto of the marriage equality bill which the Senate passed yesterday and the House is expected to pass on Thursday, Think Progress LGBT reports.

Said Christie: "They’re gonna be nowhere near the votes to override in either chamber. And so hopefully we can move on from this issue. If they pass it on Thursday and send it to my desk, believe me I will take very swift action on the bill and then we can move on to the things the people of New Jersey say are most important to them, which is creating jobs, lowering taxes and continuing the New Jersey comeback and not the last month that we spent, which really is an act of theater on their part because they know it’s not going to happen."