Rep. Stacey Campfield's disgusting 'Don't Say Gay' bill, which forbids discussion of homosexuality and anything but “natural human reproduction science” in public school before the ninth grade, has been advanced by a Tennessee house panel, The Tennesseean reports: 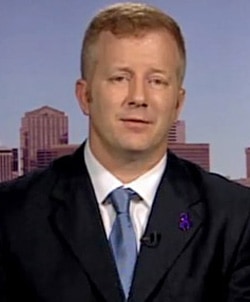 The House Education subcommittee approved the so-called “Don’t Say Gay” bill on a voice vote Wednesday, renewing a debate that roiled the legislature last spring over whether elementary and middle schools should be allowed to initiate discussions about homosexuality.

The panel accepted the version of the bill that passed the state Senate late in last year’s session.

Opponents say it will not curb talk about homosexuality among grade school kids but will send the signal that it should be stigmatized. But several lawmakers argued that it would protect parents’ right to educate their children about their beliefs on their own terms.

“The very existence of this bill sends a bad message about Tennessee at a time when we should look at constructive proposals to make schools safe, welcoming places for all students,” according to TEP Nashville Committee Chair Chris Sanders. “The fact that this is the one of the first bills debated this year makes the citizens of Tennessee wonder how serious our Legislature is about improving our schools.”

You may also recall that its author, Campfield, was thrown out of the Bistro on the Bijou restaurant by its owner Martha Boggs.

Campfield also came under fire for ignorant remarks he made in an interview with Michelangelo Signorile in which he called the bullying of gay teens a farce and made false assertions about AIDS.