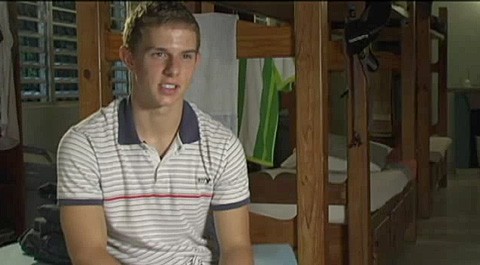 A new film, Kidnapped for Christ, exposes the "troubled teen industry" in which youth are mistreated and families seeking help for their children are exploited by Evangelical groups like 'Escuela Caribe' an Evangelical Christian reform school located in The Dominican Republic which offers "ex-gay" reparative therapy through psychological and physical abuse. 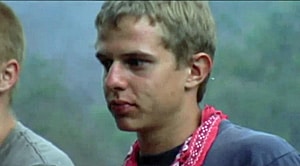 Kidnapped for Christ follows several stories including that of David, a gay teen, who was rescued from the camp by people in his community who discovered that he was being held there illegally past the age of 18.

The film centers on the story of David, a straight-A student from Colorado who was sent to Escuela Caribe in May of 2006 after coming out to his parents as gay. Like many others, David was taken in the night without warning by a “transport service” and was never told where he was going or when he would be brought back home. While at Escuela Caribe, David had no way of communicating with any of his friends or family back home until the filmmakers arrived and he decided to ask them if they would smuggle out a letter that he had secretly written to his best friend. Once word got back to David’s community about what had happened to him, many people sprung to action and formed a plan to get him released. Getting David out of this school, however, turned out to be a much more difficult task than anyone had thought, and the trials they went through to get David released revealed just how far Escuela Caribe would go to prevent a student from leaving.

David was not the only student whose life was impacted by the school’s severe approach to discipline. The filmmakers followed many other students who also experienced degrading punishments and who struggled to understand what was happening to them.