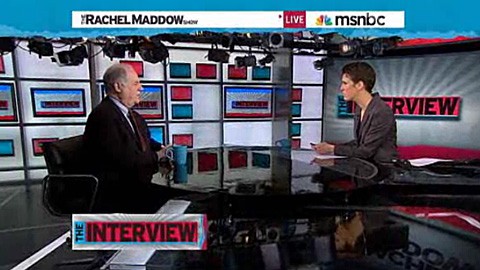 Frank Rich sat down with Rachel Maddow last night to discuss why pro-gay Republican power players like Paul Singer and Dick Cheney (rumored to have lobbied behind the scenes for marraige equality in Maryland) – and gay Republicans like Ken Mehlman refuse to speak out and condemn the radical anti-gay platform of every single GOP candidate for President. 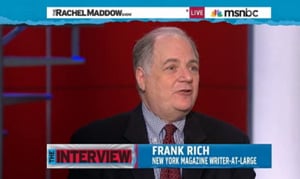 "There's a complete disconnect. I guess it's just a kind of desperate, craven relationship to the base of that party. We now have a base of the Republican party that is so radical that they can be pandered to by calls for elimination of public education…the hypocrisy…someone like Ken Mehlman is in a long tradition, I hate to say it, of Republicans who were closeted homosexuals in power, actually enabling homophobic policies and in some cases the real demonization of gay people. And then as soon as they're away from it…then he comes out and does the right thing. Comes out as gay, but also comes out of those policies. But where was he when it really mattered within his own party?…There's a real pathological disconnect and they've really got to be called on it."