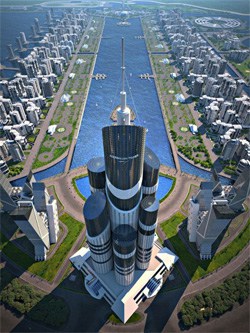 Azerbaijan plans world's tallest building. "The building will dwarf the Burj Khalifa, with a 27 percent increase in height on the UAE building, and is expected to be bigger than any currently under construction.
Construction is due to begin in 2013…"

VIDEO: Tom Hardy gets his ass cheek nailed by a paintball.

Obama blinks on birth control: "An additional burden is being placed on women to accommodate the bullshit objections of a vocal minority who are playing politics with religion to complain about a policy the central mandate of which has been law for over a decade. All of this 'religious freedom' malarkey is the invocation of false ethics by some of the most unethical, cynical, opportunistic jerks in the country." 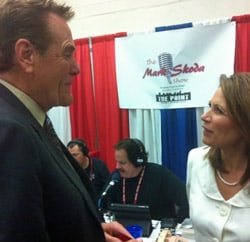 Michelangelo Signorile interviews Michele Bachmann and Chuck Woollery (Love Connection) at CPAC. Woollery: "Majority rules. We were born with natural rights. We don't need civil rights. [African-Americans] don't need civil rights. They don't need them. They have inalienable rights granted by God in the Constitution. I mean, I'm discriminated against all the time. I don't care. It doesn't bother me. [I'm discriminated against] because I'm old. I'm too old to get a job as a game show host. They say, well, the guy's 71 and in five years he'll be 76. And I’m a one per center, and I'm absolutely discriminated against as a one per center."

Ellen DeGeneres thanks Bill O'Reilly for defending her: “you didn’t really make it clear if you were going to shop at JCPenney but if you do you can use my employee discount any time you want.”

UK Christian B&B owners who denied gay couple lose appeal: "The challenge by Peter and Hazelmary Bull, who run Chymorvah House in Marazion, Cornwall, was rejected by three judges in the Court of Appeal in London." 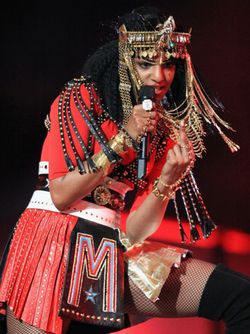 Madonna dings MIA for flipping the bird: “I was really surprised. I didn’t know anything about it. I wasn’t happy about it. I understand it’s punk rock and everything, but to me there was such a feeling of love and good energy, and positivity it seemed negative. It’s such a teenager…irrelevant thing to do…there was such a feeling of love and unity there what was the point? It was just out of place.

CPAC: Huckabee lectures Obama on being a real Christian.

Anti-gay rabbi affiliated with NOM, Yehuda Levin, suggests gays should be "cured" with chemicals: “I have tremendous sympathy for those challenged by temptations and unkosher desires. As you do with cancer, you never stop trying to find a better treatment to cure yourself. If all therapies fail, as a last resort you use chemicals to stop the urge to act in a forbidden manner. (This resolution is ordered by European courts for offenders and it works.) Unpleasant, surely; but better than committing adultery, homosexuality or incest.”