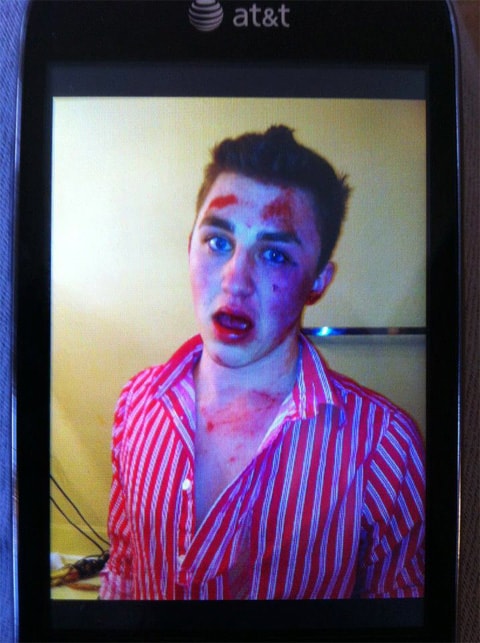 Cody Rogers, an 18-year-old from Tulsa, Oklahoma, was beaten unconscious at a party over the weekend because he is gay. FOX 23 reports: 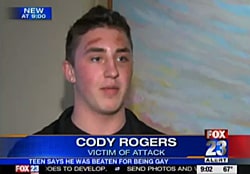 Rogers is slowly starting to heal. “There were some ladies who invited their boyfriends (to a going away party) who had a problem with some of the homosexuals that were there.”

Cody could hear the homophobic slurs from another room, and when those boyfriends were asked to leave the apartment, one refused. That person attacked cody’s friend, a 21 year-old girl.

“I stepped in and they threw me to the ground, obviously, I’m a little beat up,” Cody said. As he was on the ground,  the two teens attacking him kept shouting the slurs. His friends were shocked to see it all unfold.

Rogers has started a Facebook page in hopes of starting a conversation about changing Oklahoma’s hate crime laws.

Previous Post: « Lesbian Couple Told to ‘Get a Room’, Asked to Leave Phoenix Restaurant After Kiss: VIDEO
Next Post: Grandparents of Gay Man Speak Out in Powerful Video for Marriage Equality: WATCH »