Earlier today I posted about the discriminatory adoption bill pending in the Virginia legislature. The bill allows private adoption agencies to deny service to gay people based on religious or moral beliefs. 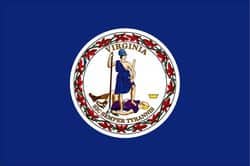 It passed the House and a Senate panel, the AP reports:

The state House voted 71-28 to pass the legislation Friday. Earlier in the day, a Senate committee endorsed its version of the Republican-backed measure on an 8-7 party-line vote. Republican Gov. Bob McDonnell is expected to sign the bill.

Supporters say the measure protects religious freedom. Opponents argue that the government, which contracts with dozens of private, state-licensed child placement agencies, should not sanction discrimination.