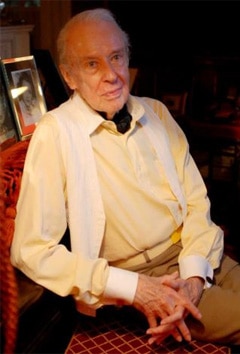 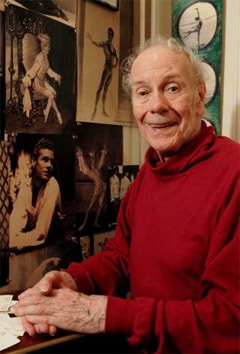 Couples in their golden years who have been together for a long time often can't survive the death of their spouse, and often dies within days, weeks, or months of each other. What's unusual about this case is that the couple was gay, both were noted and acclaimed entertainers, and they were also married.

Shaun O'Brien (right), a dancer of four decades with the New York City Ballet, died at the age of 86 on February 23. His husband (left) Cris Alexander, a Broadway actor and photographer, died on March 7, just two weeks later.

The NYT noted the cause of death most accurately:

When same-sex marriage became legal in New York last year, he married Shaun O’Brien, the celebrated character dancer with the New York City Ballet. They had been together for more than 60 years and died less than two weeks apart — Mr. Alexander on March 7 in Saratoga Springs, N.Y., at age 92; Mr. O’Brien on Feb. 23 at 86. They shared a Victorian house in Saratoga Springs.

“If there is a cause of death, it’s a broken heart,” his friend Jane Klain said in confirming Mr. Alexander’s death. “It’s as simple as that.”

Hopefully we'll all get to lead such fulfilled and long lives. And those long-term couples around the country will have the chance to dignify their relationship in law like O'Brien and Alexander did.