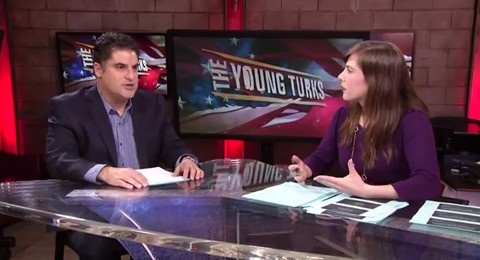 On The Young Turks, Ana Kasparian and Cenk Uygur discuss recent revelations and criticism of Invisible Children, the group behind the 'KONY 2012' video and its accompanying campaign. 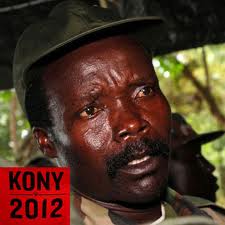 Alternet has a lengthy article about links between Invisible Children and The Caster Family Foundation, one of the biggest financial backers of the push for California’s Proposition 8.

Also tied to IC are Lou Engle's The Call and other ministries including Discovery Institute, Focus on the Family, the Family Research Council, The Fellowship Foundation, and Ed Silvoso’s Harvest Evangelism. All received funding from the National Christian Foundation. Several are tied directly to Uganda's "kill the gays" bill.

Why does it matter, if Invisible Children was funded by controversial donors? Two reasons – one, we can assume those donors thought IC aligned with their agenda – which is antagonistic to LGBT rights. Two, it fits an emerging pattern in which Invisible Children appears selectively concerned about crimes committed by Joseph Kony but indifferent to crimes, perhaps on a bigger scale, committed by their provisional partner, the government of Uganda – whose president shot his way into power using child soldiers, before Joseph Kony began using child soldiers. Like Kony, the government of Uganda was also indicted by the International Criminal Court in 2005, for human rights abuses and looting in the DRC Congo (PDF file of ICC ruling against Uganda). Like Kony, the Ugandan army preys upon civilians and is currently accused, by Western human rights groups, with raping and looting in the DRC Congo, where it is hunting for Kony. In the late 1990s, Uganda helped spark a conflict in DRC Congo that, by the middle of the next decade it is estimated, had killed up to 5.4 million civilians, more than any conflict since World War Two.

Concerns about these groups compound growing questions about its finances.